The Importance of Early Screening for Alzheimer’s, Dementia, and Cognitive Decline 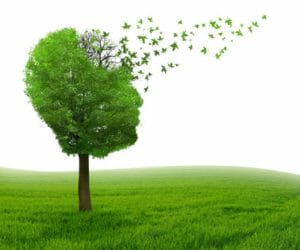 Asheville, NC – Cognitive decline is one of the most common fears of people over the age of 50. While Americans are living longer and longer today, the quality of our extended years is all too often reduced by memory loss, confusion, lack of focus, and other dementia symptoms. The increase in numbers of people with Alzheimer’s disease and other forms of dementia (Visit the Alzheimer’s Association for more Facts and Figures) means that too many of us have too little “life” in these extra years of living. Memory loss and cognitive decline are beyond epidemic proportions, as 1 in 3 senior citizens will die with Alzheimer’s or some other form of dementia.

Though these numbers are alarming, there are steps that people can take to alleviate their fears about dementia. Early testing is key. We offer cognitive screening to anyone who is concerned about brain decline at our office in Asheville. Join the growing ranks of boomers and seniors who are taking their brain health seriously and doing everything they can to ensure they live as healthily and happily as they can well into their golden years.

Why Early Screening for Cognitive Decline is Important

Early detection of memory loss and cognitive decline is of the highest order of importance! The sad reality is, most who are presenting for cognitive evaluation have been putting it off for some time, and many have waited too long. Once a person reaches moderate to advanced stages of these debilitating disorders less can be done to improve, or possibly reverse, them. If discovered early, many of these conditions can be radically improved allowing for a more fulfilling life.

What follows are 4 research-backed methods we utilize to assess your brain to determine if you are at risk for cognitive decline or dementia. Time is of the essence in discovering these conditions and cognitive screenings can serve as a beacon for problems long before they present themselves:

Do not wait until it is too late to get tested. Our brain is our most sensitive and most complex organ. When the brain is in decline, early intervention is critical. All of the above-mentioned strategies are just a sampling of what we look at when assessing those with suspected cognitive decline, and those simply looking to boost their brain performance. The most important message to take home here is that any and all of these areas of measurement can be trained, improved, and re-tested to demonstrate that we can in fact help add “life” to our years!

Does your brain feel like it's on fire? Brain inflammation causes and treatments. ...
Posted in