Studies show a connection between belly fat and cognitive decline and that stomach fat removal may improve brain function.

Find out what's possible by scheduling a free consultation with one of our board-certified physicians.

The foundation of all programs is objective data gathering and a comprehensive evaluation by our board-certified physicians covering:

Every program is personalized to the individual and based on objective testing and evaluation. Fat reduction care plans typically include:

All programs include a combination of the following in-office treatments designed to safely and painlessly reduce body fat.

You'll start with an initial consultation with a board-certified physician.

Then we do your baseline testing.

We will perform a comprehensive evaluation and create your individualized care plan as we await your test results.

Then, you begin your fat reduction therapies. Each lasts about an hour and the programs are up to 8-weeks long.

At the end of the program, we'll repeat your objective testing to quantify your fat loss and wellness gains.

Erchonia’s Zerona Z6 is a full body fat loss treatment that allows clients to target areas of stubborn fat and is the first laser specifically designed for body contouring. The Zerona Z6 is FDA Market-Cleared, non-invasive, and clinically tested. Applied externally, the laser targets excess fat by emulsifying fatty tissue through the use of cold laser technology developed by Erchonia. As a result, it provides an alternative fat loss treatment without the adverse side effects associated with surgical and other weight loss procedures like liposuction, cryolipolysis, and body wraps. 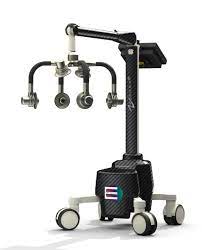 The Connection Between Body Fat and Brain Function

Inflammation caused by excess body fat is a leading contributing factor to many degenerative diseases. In fact, the current research finds a connection between belly fat and cognitive decline, suggesting that reducing belly fat may help to improve brain function and clarity.

One study found that people with large bellies had worse cognitive decline than those without. The researchers looked at 10,000 men and women who were scanned for brain MRI before participating in this research experiment to measure their body mass index (BMI), waist-to-hip ratio, and markers of inflammation called CRP.

Participants whose measurements fell within high ranges suffered slower mental abilities such as attention span. At the same time, those maintaining low values appeared not to affect cognition whatsoever.

Also, study findings showed that as the waistline increases, so does cognitive decline. The researchers discovered an interesting biomarker of Alzheimer’s disease: where people had significant amounts of central obesity or fatty tissue around their midsection region-in other words, not just on arms/legs but also inside the stomach area -there were more significant losses in gray matter volume compared to what would be expected based off someone’s height & weight alone; meaning location matters too!

The findings suggest that targeting obesity could be a potential strategy for mitigating cognitive decline in older adults.

Laser Fat Reduction Treatment Before and After Photos

What does losing weight have to do with your brain?

A lot, actually. Studies show a definite connection between body fat and both brain function and cognitive decline. And it turns out that reducing stomach or belly fat, in particular, may improve your brain function.

The lasers we use are not kind that can hurt you. They are the "cold" or low-level type. Treatments are safe, painless, and FDA-approved.

Will laser fat reduction work if I cannot exercise?

Proper exercise is usually always a benefit, but our programs are effective for those with exercise limitations.

Does your fat reduction program target visceral or subcutaneous fat?

Both. Because our programs combine laser fat removal with metabolic therapy, diet, and exercise (if able), we target both types of fat cells.

How effective is laser fat reduction?

How much do APEX's weight loss programs cost?

Our complete weight loss programs include lab testing, nutrition therapy, and laser/vibration treatments ranging from $2,000 to $5,000. It's a fraction of the cost of weight loss surgery, which averages $15,000 to $25,000, depending on the type.

It's likely not because it's considered an aesthetic or cosmetic procedure.

Do you offer financing or payment plans?

Find out if APEX Brain Training is right for you or someone else.